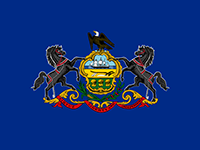 When it comes to online poker in the United States, an increasing number of states are seriously considering introducing poker to the people. A new report released on the current state, and future state, of the Pennsylvania gambling and gaming industry is likely to give poker players in the area cause for optimism. The report, which is called “Current Condition and Future Viability of Casino Gaming in Pennsylvania” has been presented to the Legislative Budget & Finance Committee in Pennsylvania. The creation of this report was mandated back in late 2013.

The report goes on to state that the introduction of online poker and gambling in the state would work alongside the existing gambling options, as opposed to running against it. It is only natural that there is some concern about whether online poker play would prevent people from attending at casinos and poker rooms but all suggestions so far seems to be that this is not the case. This is giving great hope for people pushing for online poker but it is also offering confidence to people who are currently employed in the many gambling halls and rooms across Pennsylvania.

There are different ways to gamble

The report states that there is a spate market and that it is often the case that different types of people play online as opposed to offline. This can be seen with the fact that the sums of money wagered online are traditionally smaller than the sums of money wagered offline. The report highlights the fact that online poker and gambling is a substitute for other forms of entertainment at home, such as watching the TV, watching movies, playing video games, as opposed to leaving the house and going to play in a physical casino. 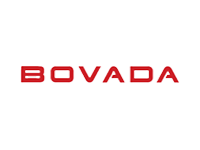 The report also pointed out that the demographics of people playing in online casinos and poker rooms are different from the people that traditionally play in land based casinos. There are differences to be found but it should be noted that there is a great range of online poker rooms just waiting to serve the Pennsylvania community. One example of the great choice of firms would be Full Flush Poker and if you want to see why this firm would be such a strong addition to the state, you only have to check out the Full Flush Poker review.

With expectations that the new form of online faming would be able to bring in much additional revenue in the form of online gaming is another strong point for the introduction of online poker and gaming. While the report indicates that tax revenues in the up and running online gaming states may not have hit the projected figures, the money brought into the states still represents a welcome injection of funds. While online poker sites and gaming bring a number of problems, there is no doubt that many states across the United States of America could benefit from having more money put into their coffers.